The internet is one of the biggest weapons in any terrorist organisation’s arsenal. From the recruitment drives of ISIS to the explosion of the alt-right, it has inadvertently played a key role in the dissemination and proliferation of terrorist material. And now, tech companies find themselves on the frontline in the battle against the crime.

But players both big and small have fallen foul of a lack of standardisation when it comes to definitions of the crime itself and the legislative approaches to the crime. Knowledge silos remain prevalent and co-ordinated responses are desperately required.

Tech Against Terrorism was founded to step in and address this situation. However, the sheer scale of the problem means that NGOs and tech companies can’t combat the issue alone.

It may sound obvious, but democratically-elected lawmakers should be calling the shots when it comes to crime and punishment. Unfortunately, in the case of online terrorism, roles and responsibilities have been blurred.

As things stand, tech companies are bearing much of the burden to adjudicate on what does and doesn’t constitute terrorism on their platforms. This is particularly difficult in cases which concern politically subjective incidences of the crime – an example being whether or not far-right groups spill over into the category of terrorist organisations.

In these cases, the potential remains for one tech company to remove content under their own terms of service, but for another to allow it to stand according to theirs, creating a ‘whack-a-mole’ effect. And the only response capable of stopping this is one based on standardised approaches and definitions.

Indeed, the success of big technology players in dealing with terrorist organisations such as ISIS and Al-Qaeda demonstrates the crucial role global governments have to play in establishing more certainty. Because, with a clear mandate to take action, tech companies and the automated solutions they create are proven to be much more effective.

Find out how tech is being used to combat online crime

It is Tech Against Terrorism’s role to help all stakeholders adopt outward-looking and collaborative approaches which help us to get closer to the holistic response we need.

Our outreach to smaller platforms with fewer resources includes both webinars and workshops. In these we help these companies to draft company terms of service which empower them to act against illicit content, while respecting civil liberties.

To date, we have held 11 workshops in Asia, the Middle East, Europe, and America, which also connect previously siloed stakeholders. This helps to build the trust and interdependencies need for a successful ecosystem to function.

Nevertheless, the true scale of the challenge to stop spread of terrorist material across the globe continues to be highlighted.

Last weekend, El Paso shooter, Patrick Crusius, posted a white nationalist rant on far-right message board, 8chan, before murdering at least 21 people. Despite 8chan’s services being suspended by infrastructure company CloudFare in light of the attacks, a semi-official incarnation of the site has since appeared on ZeroNet – a decentralised web network. As the content has not yet been moved to the Dark Web, which requires specialist software to access, 8chan’s content could still be widely accessible, even in spite of Crusius’ attack.

Plainly, if we are to help prevent the spread of the terrorist material that so often serves as a prelude to these attacks, we need to speed up the implementation of best practices. We need all stakeholders to be aware of their roles and responsibilities in relation to the wider ecosystem. And, crucially, we need standardised definitions of all forms of online terrorism so no-one can seep through the cracks.

Discover more about Tech Against Terrorism 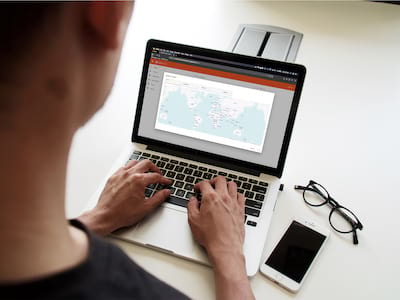